This web-site is still a ‘work-in-progress’.

When I first began researching my family history, I believed that my sister and I were the first two family members to have been born in the county of Gloucestershire, my parents having originated in London and Kent, but as I progressed back through the generations, I learnt of my Gwinnutt ancestors who came from Worcestershire.  Browsing through the Herald’s Visitation books in Gloucestershire Archives one day, I came across the name of Gwinnett, noticed the similarity between the two names and, from then on, the name and its variants became my main surname of interest as it meant I could research much of my family locally. 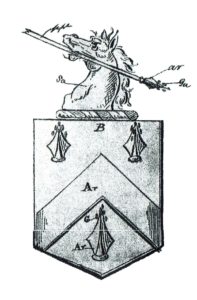 According to the entry in the Herald’s Visitation of 1683, the Gwinnett family left the Gwynnedd region of North Wales during the reign of Queen Mary, 1553 – 1558, due to religious persecution, but the earliest reference I have found to them in Gloucestershire so far is in the 1570s.  The consistory court records, including one item from 1579, state that George Gwynnett was the vicar’s farmer (tithe collector) and that he had been there for 4 years. Reputedly, the Gwinnetts were descended from the Princes of Wales but that is an aspect I have not yet researched.  The Gwinnett family, at the time of their arrival in Gloucestershire, seems to have consisted of George Gwynnett, his wife, Eleanor, and their son Richard.

I have found references to various Gwinnett individuals before the 1570s but not been able to link them in to the main family as yet so George, Eleanor and Richard are currently at the top of my Gwinnett tree.  Further down the tree are a few noted individuals, including the dramatist Richard Gwinnett (1675 – 1717) and Button Gwinnett (1735 – 1777) who signed the American Declaration of Independence on 4th July 1776.